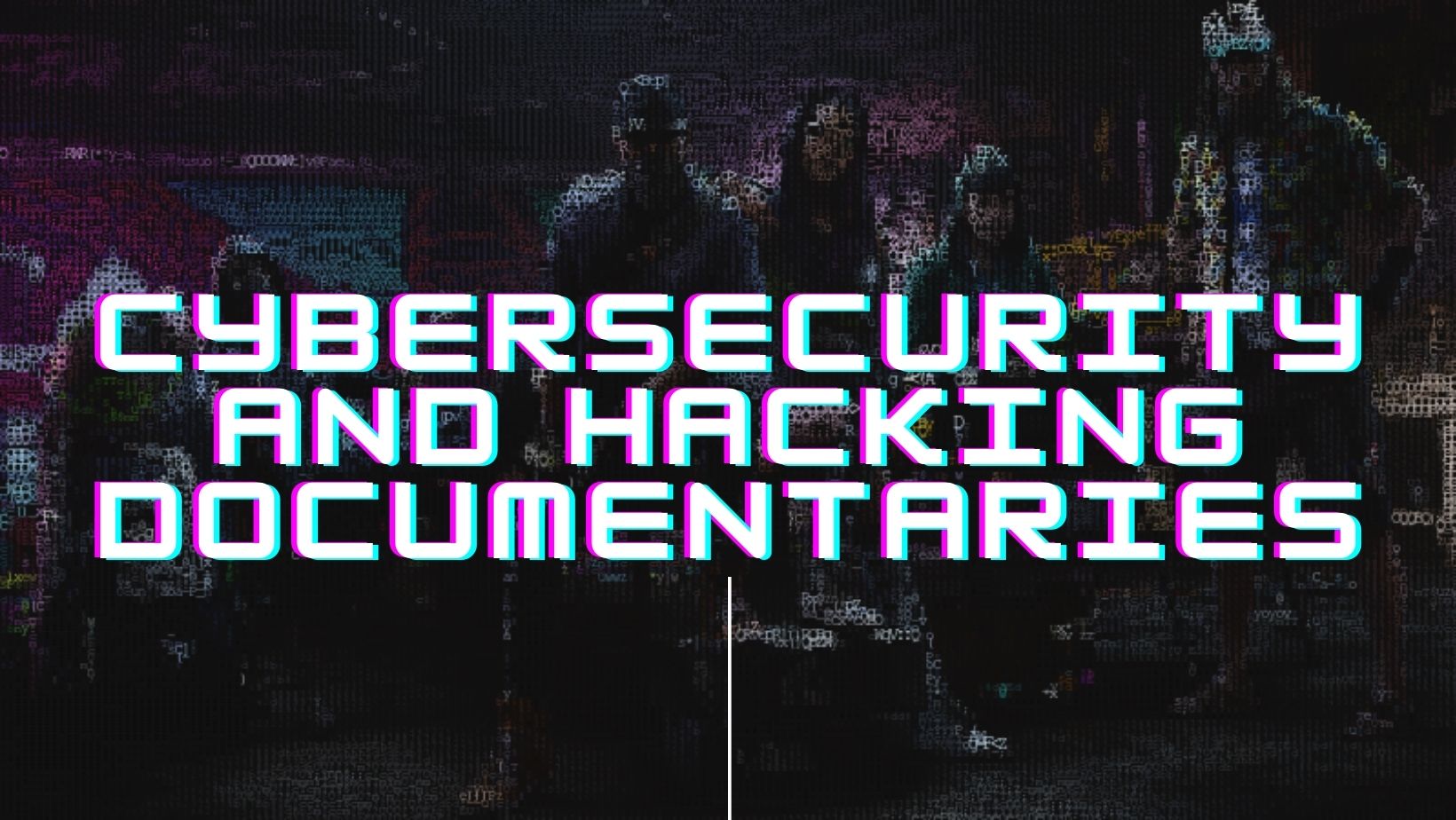 Hacking and cybersecurity documentaries, to understand the history about cyberspace.
Credits: Joas A Santos
Reference: https://www.linkedin.com/feed/update/urn:li:activity:6972328300798980096/

Hacking documentary Nowadays, cybercrime is much more devious, and the expansive reach of technology in every area of our lives makes us even more vulnerable.

In this documentary, learn about “white hat” hackers, the U.S. Secret Service’s cyber crime division working to protect us from the risks associated with persistent connectivity.

In this age of Technology when next war will be a Cyber War this documentary tells you the history’s biggest and deadliest Cyber attack on a Iran’s Nuclear Facility.

This documentary-drama hybrid explores the dangerous human impact of social networking, with tech experts sounding the alarm on their own creations.

computers all around the world suddenly shut down. A malware called WannaCry asks for a ransom. The epidemic suddenly stops, because a young, British researcher finds a killswitch, by accident.

Tapping into the geopolitics of hacking and surveillance, Ben Makuch travels the world to meet with hackers, government officials, and dissidents to investigate the ecosystem of cyberwarfare.

Explore how a data company named Cambridge Analytica came to symbolize the dark side of social media in the wake of the 2016 U.S. presidential election.

Until recently, many of us thought we were safe online and that the Internet provided a safe haven to share ideas and democratise information with the security of privacy.

2017 – The Future of Cyberwarfare | Origins: The Journey of Humankind

War in the 21st century will be waged on many fronts – one of which will be a digital battlefield, with no guns or bombs.

RISK is a portrait of power, principles, betrayal, and sacrifice when the stakes could not be any higher. It is a first-person geopolitical thriller told from the perspective of a filmmaker immersed in the worlds of state surveillance and the cypherpunk movement.

Tells the story of Stuxnet, a self-replicating computer malware, known as a “worm” for its ability to burrow from computer to computer on its own. The U.S.A. and Israel unleashed the virus to destroy a key part of an Iranian nuclear facility, and which ultimately spread beyond its intended target.

A day in the life of a professional hacker: How IT spies masquerading as employees are paid to test company security(aided by ex-CIA, FBI and Delta Force operatives).

The story of programming prodigy and information activist Aaron Swartz, who took his own life at the age of 26.

A film about the world’s largest hacking convention and its 20th year running. Filmed over the summer of 2012 and containing hundreds of hours of interviews, parties, presentations and spectacle. Over 280 hours of footage was recorded in support of the documentary, and five separate camera crews were in action.

A documentary on the workings and beliefs of the self-described “hacktivist” collective, Anonymous.

Hackers Wanted is an unreleased American documentary film. Directed and written by Sam Bozzo, the film explores the origins and nature of hackers and hacking by following the adventures of Adrian Lamo, and contrasting his story with that of controversial figures throughout history.

Web Warriors is a documentary that defines the conflict, establishes the stakes, and reveals the combatants in the escalating global battle taking place in cyber space.

2002 – Hacking group The Realm and Electron

The storyline is centered around the Australian teenagers going by the hacker names Electron and Phoenix, who were members of an elite computer hacking group called The Realm and hacked into some of the most secure computer networks in the world, including those of the US Naval Research Laboratory, Lawrence Livermore National Laboratory, a government lab charged with the security of the US nuclear stockpile, and NASA.

The Secret History of Hacking is a 2001 documentary film that focuses on phreaking, computer hacking and social engineering occurring from the 1970s through to the 1990s. Archive footage concerning the subject matter and (computer generated) graphical imagery specifically created for the film.